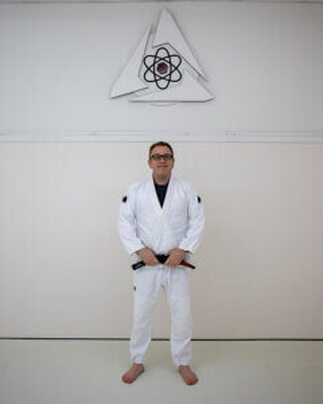 Alexander mackinnon has been training jiu-jitsu for over 14 years. he is a blackbelt under professor Shane rice, the only canadian to receive his blackbelt from the legendary rickson gracie. alex himself, has attended several seminars with Master Rickson Gracie & studied from him directly over the years.

Alex is one of the former head instructors (of 8+ years) at Prof. Rice's Academy.

alex holds a degree in mathematics, works in insurance during the day, and manages the school by night. he has extensive experience working with children for well over 15 years in many capacities including:
His ambition lies in seeing students GROW AND watching them reach their potential. 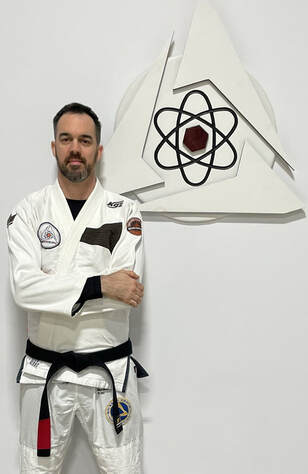 One of the key ingredients to Quantum Jiu-Jitsu's success, and one of Prof. Mackinnon's first instructors!

Mike has been training jiu-jitsu longer than anyone else at Quantum, for well over 15+ years. He is one of the originals in the Moncton area. He earned his blackbelt at the same time as Prof. MacKInnon, in 2019 - under Prof. Shane Rice.

Mike was also a former head instructor at Prof. Rice's academy & joined Alex when he decided to build Quantum.

PROF. LORETTE IS AN ABSOLUTE ENCYCLOPEDIA OF KNOWLEDGE WHEN IT COMES TO ALL THINGS JIU-JITSU. FROM THE LARGEST CONCEPTS TO THE TINEST DETAILS, IF YOU HAVE A QUESTION PROF. LORETTE MOST LIKELY HAS THE ANSWER.

He currently runs multiple classes per week including being one of the head instructors for our Omni Life SUpport Self Defence Program.

There is no Quantum without Mike Lorette.

While the techniques that Prof. MacKinnon has learned were largely acquired from Prof. Rice & Prof. Lorette over the years, the application of Alex’s technique can primarily be attributed to Instructor Cunningham. For years, Alex and Scott spent several weekends and evenings before class rolling and troubleshooting different aspects of all the information that was beating around in their heads.

Scott has an innate ability to present topics in a conceptual manner, which apply to many situations broadly. His incredible presentation skills are honed daily as he is also a full-time high school teacher in the G.M.A.

Scotty was one of the key players in the early days of Quantum's development, Offering insight and guidance in getting established. and just like with Prof. Lorette, QUantum would not exist without Instructor Cunningham.